The economical-political complex (1) in my hometown is somewhat hellbent (for about 25 years now (2)) to get themselves a parking spot near the 3rd classiest night club (3) in the city. Well, actually they want the parking spot near the bar (4) of the night club. They intend to do this by digging up the clay under the farmers' market square (5). To be sure they get a parking spot from this location, they intend to dig it under the mean sea level, I guess they aim to flood the lower level so they can start the pumps needed to keep the place dry only when there is a meeting of politicians and economic elites going on in the said bar (happens every now and then, I've been told).

Regular readers are likely aware of my views on climate change (6), so I'm kind of against the waste of money in this matter. The problem here is that the supporters of the said (in 50 years) submerging parking facility, got their plan approved just before the elections by one vote, with several representatives missing the meeting. They say changing the approved plan for the facility would take years. With this in mind I drew in about 30 minutes an alternate cross-section of the plan for a parking facility on the same location (7). This has of course the trouble that the bar in question would lose the sunlight and the open summer terrace it currently has so it's not likely to be noted anywhere. Further some buildings around the square would look a bit funny afterwards (the hotel that has the bar in question and the Swedish Theatre of Turku) and some others likely would have to make alternate entrances two stories up. As a joke this plan has the drive-in from another parking facility (there is another option also). Enough of local politics. I don't know why I wrote this in english. It doesn't make sense to tease the sensible audience I may have with this sort of crap. Maybe I should try politics but I think I'm not thick-skinned enough. The finnish words in the image: savi - clay, moreeni - moraine, kallio - bedrock

(edit evening 31.10.2014, added the underground structure + some) Here's the approximate levels set on a photo by L.Lähteenmäki. notice the wall at the entrance tunnel to keep the noise out. not that it matters much, since the exhaust gases, of the parking vehicular help apparatuses, would still have to be purged to the fresh produce they sell on the market place. 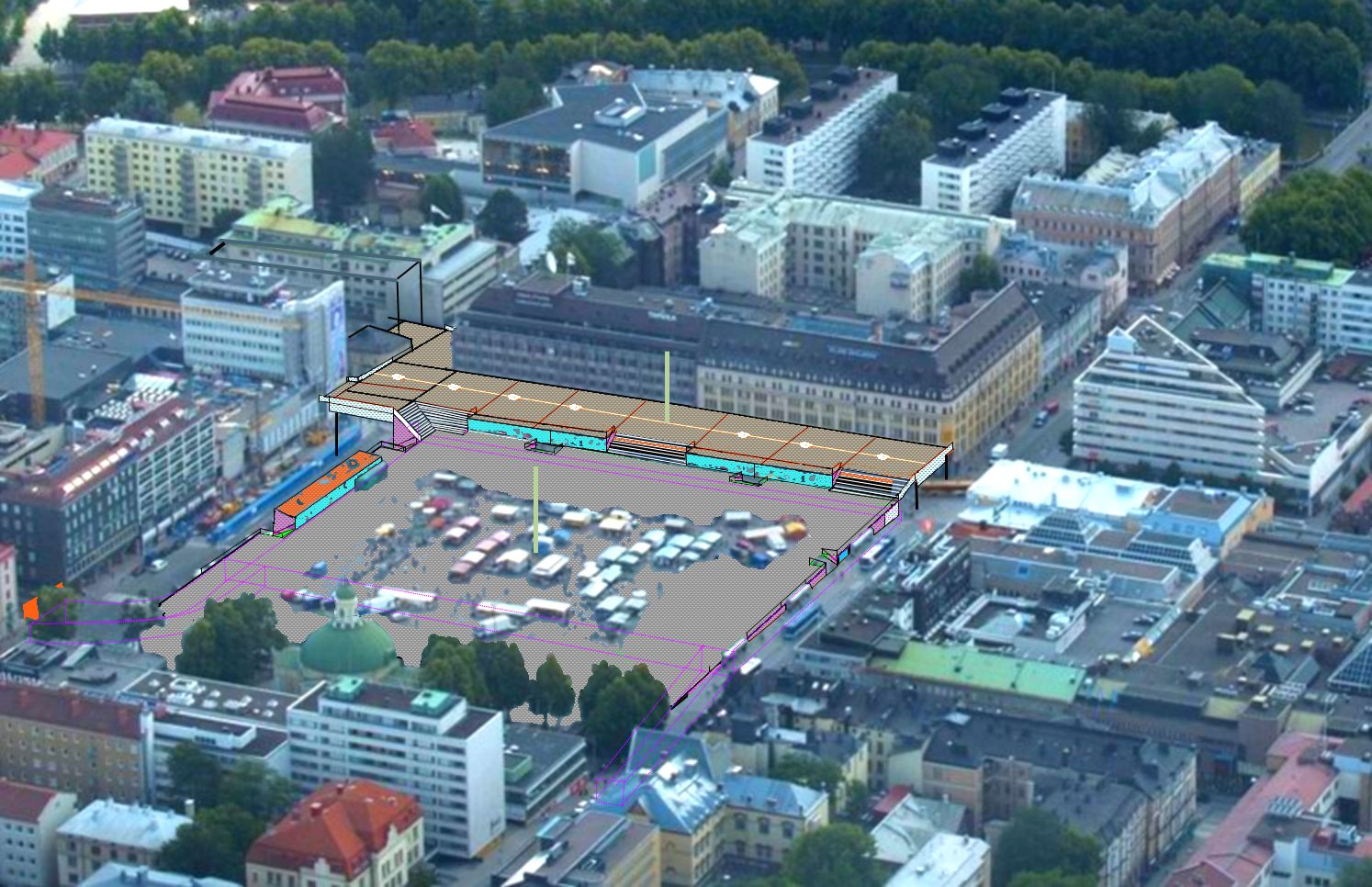