Previous chapters are found at Soup of Mysteries and Soup of Mysteries II. They might still go through some revision if God (unspecified regligion and duties in polytheistic non-Taoist religions, in the case of Taoist pragmatism, please consider this an attempt at humorous description of the universe and its workings) willing.

As was told in the last story, the entities called HeBeLis observed much diversity to be present in their attempt to create a stable flow of positrons eliminating the difficult electrons. Let us hear the great prophet Tom Lehrer chant of the diversity found. Other prophets have much discussed of the proper order of these, though every type is needed somewhere in the world. Anyway, those that aren't directly involved with unifying positrons with electrons, are currently called stable nuclides and make up much of what we perceive to be in existence outside our immortal souls. From here on the story of Creation shall involve more earthly matters, thus it is vitally important to keep in mind that electrons are a part of this universe where Gods' work isn't always easily percieved, and thus the table of electrons must be presented and memorized.

If we take a deeper look on this fully experimental table we see that the electrons are mischievous and very exitable so they do not follow any exact rule, and accept that all is not gold that glitters, we can begin to marvel the Creation as it is manifested in this rotating ball of fire, wind, earth and water. The fire is usually understood differently, but that is a minor issue here.

Now that we've all memorized the Creation of the Earth and sky let us then hear the preacher Robert Krulwich of how the unliving pieces of rocks came to be. http://www.npr.org/blogs/krulwich/2010/09/14/129858314/my-grandson-the-rock

Clearly, life is potent. How God created blobs, bacteria, algae, and other forms of life will be the subject of our next evening of the tale of the Creation. Be well and praise the Lord, for he may tax us with curious but all too sensible taxes.
Posted by Oale at 12:20 1 comment: 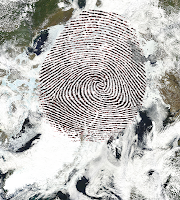